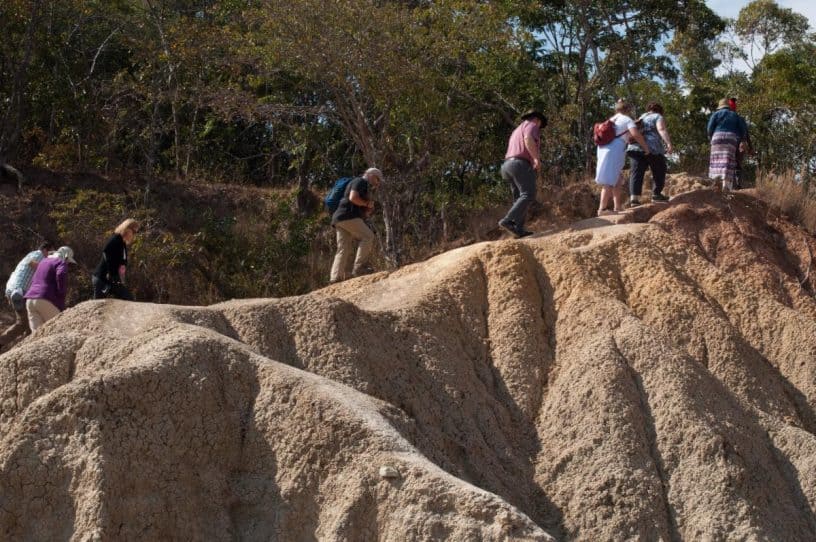 The reading for this week is the story of Jesus’ transfiguration on top of a mountain:
Jesus took with him Peter and James and his brother John and led them up a high mountain, by themselves. And he was transfigured before them, and his face shone like the sun, and his clothes became dazzling white.
Suddenly there appeared to them Moses and Elijah, talking with him.
Matthew 17:1-3

Finding God in the Clouds

We often speak of mountaintop experiences as those joyous times we look forward to with excitement and look back upon fondly, such as summer camp or an annual hiking trip. The mountaintop moments in today’s readings were different: awe-inspiring, yes, but also full of devouring fires, clouds, and fear. Vision is obscured, the familiar becomes unknown, and nothing is the same. People get lost in fires, clouds, and fear, unable to find their way, but God’s presence is where we get both lost and found. Many biblical encounters with God involved fear, pointing to the awesome reality of God that is much more than the gentle shepherd we often imagine (though God is that, too). God is, as C. S. Lewis famously said, “not a tame lion” (The Lion, the Witch and the Wardrobe, London: HarperCollins Children’s Books, 2001, p. 197). The truth is, we can no more plan our mountaintop times with God than we can stay there forever, as much as we think we would like to. God’s place is to invite, ours to respond, faces bowed to the ground.

Eventually, of course, the time comes to leave that mountain, walking with Jesus down to the valley and getting dusty with the ashes of daily life. Many churches symbolically “roll up the Alleluias” today, recognizing that this is the end of a glorious season celebrating Christ’s light and the entrance to a no-less-real season of Jesus’ and our own lives, the “valley” season of Lent. But that doesn’t mean there is nothing to do down in the valley. On the contrary, the traditional disciplines of Lent—fasting, prayer, and gifts to the poor—all help us maintain the eyes, ears, and heart to see and hear God whenever and however God appears.
~ from SundaysandSeasons.com

In the name of God-in-the-clouds,
Pastor Bonnie Wilcox